The 3rd Technical Meeting of the HOLYWATER project took place in Lemos of Prespa, on March 2, 2022, after an invitation to the program’s partners from the Mayor of Prespa, Mr. Panagiotis Paschalidis.

Ephorate of Antiquities of Florina

The agenda of the 3rd Technical Meeting of the HOLYWATER project was the following:

Presentation of the implemented actions, the current state and next steps

The event started with the greetings of the two mayors who expressed their satisfaction for the meeting and the certainty that the results of the HOLYWATER project will be impressive and particularly useful for the cross-border area of Prespa.

Extensive reference was made to the 3D models, the educational game and the application for mobile devices, as well as to the database for the collection of all the information concerning the area of the Municipality of Prespa.

The planned actions for March, 2022 and the concerns about the density of the time of the events were also mentioned. For the Conference, it was specifically mentioned that it could be postponed until April in order for its results to be better. However, if there is no possibility of an extension for about a month, the program will be implemented normally and as planned.

The Municipality of Resen referred to the actions it has implemented so far and to the project of paths’ unification, for which the announcement has been published and expression of interest is expected from the candidate contractors. According to the estimates of the executives of the Municipality of Resen, the signing of the contract for the project will take place in early April, while its implementation will take 4 months. For this reason, it is necessary to request an extension.

NI “Institute and Museum” Bitola reported that it has implemented almost all the actions, with the most important being the restoration of St Ilija Grntsari, while the event of the Exhibition for the HOLYWATER project and the cultural reserve of the cross-border area of Prespa remains.

The Ephorate of Antiquities of Florina reported that it has implemented all the actions of the program.

The Society for the Protection of Prespa reported that it has completed almost all the actions of the program and the only action that remains to be completed is the placement of signs, which will take place in the coming days.

A discussion followed concerning the next steps and the schedule for the completion of the program.

The event came to an end with a lunch of the participants in a restaurant in Mikrolimni of the Municipality of Prespa. 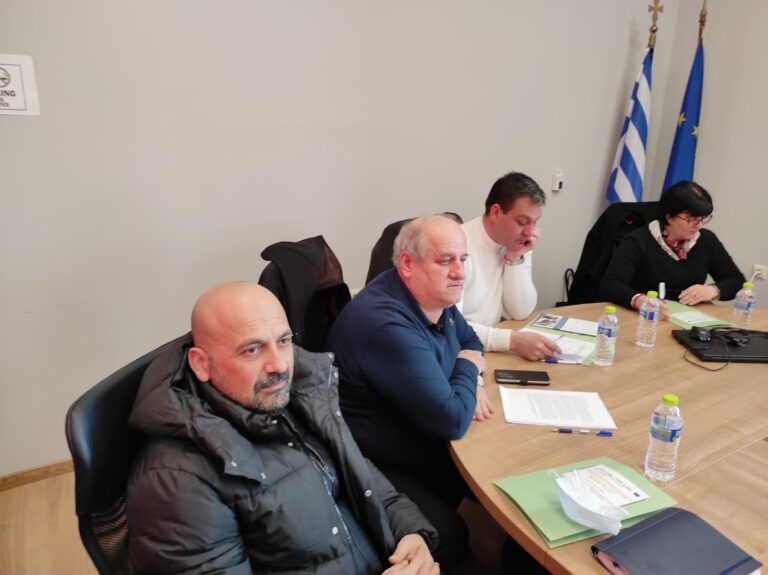 This webpage has been produced with the financial assistance of the European Union. The contents of the webpage are the sole responsibility of Municipality of Prespa and can in no way be taken to reflect the views of the European Union, the participating countries and the Managing Authority.